In the exhibition gallery titled Korean Life Passages, important life events from the Joseon Dynasty to the early 20th century (1392-1910) are displayed.
According to the ideology of the Joseon Dynasty's, Confucianism, having a son was very important in order to continue the family lineage. During pregnancy, the family would ardently pray up until the child's birth for a son. After the child's 100th day and 1st birthday, the family would throw a celebration for hitting both respective milestones healthily. When males turned 20 years old, a coming-of-age ceremony (gwanrye) was held. Females also had a coming-of-age ceremony (gyerye), however, the ceremony was held at the age of fifteen. After having a coming-of-age ceremony, which symbolizes becoming an adult, the next step in life is marriage. Through marriage (honrye), a new family is formed. The males aspired to obtain a position within the government by passing a state exam, then would support their family, the females would manage the household. Funeral ceremonies (sangrye), members of the family would grieve by carrying out ancestral rites for the deceased. Through this, deceased ancestors are treated as a minor deity, with the family wishing for prosperity and harmony. Due to changes in ideology, modern day child birth has become important regardless of gender. While the coming-of-age ceremony is reduced and the wedding ceremony relatively became simpler than before, the basic structure and meaning of those ceremonies have not changed. The concept of family has been diversified, with males and females no longer sticking to their traditional roles. Though funerals and rituals have changed with the times, the core methodology of honoring their deceased ancestors and wishing for harmony has remained. 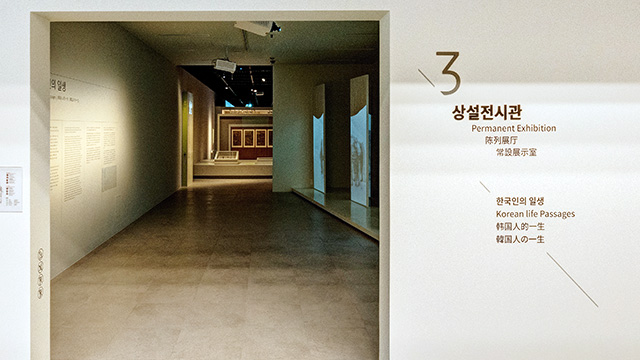 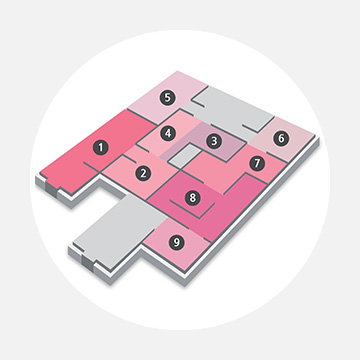 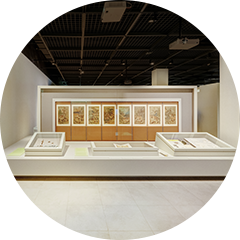 During the Joseon Dynasty, family lineage was passed down from father to son. The family commonly prayed for the birth of a healthy son, as well as for the “prosperous descendants”, to the goddess of childbearing named samsin halmeoni. After the child was born, a straw rope (taboo rope) was hung in front of the house gate as an announcement of the birth, and to ward off unwanted guests, spirits, and diseases. The placenta was placed into a dedicated pot and buried in a clean area, or was burned as a ritual to pray for the child's well-being. Due to the high infant mortality rate, When the child made it to their 100th day, a large ceremony was held. Similarly, when the child turned 1 year old, another celebration took place along with the child's future predictions.
Today, families continue the custom of celebrating when a child is born as well as their 100th day and the 1st birthday, irrespective of gender. However, the rituals and taboos of childbirth are disappearing as more births occur in hospitals. 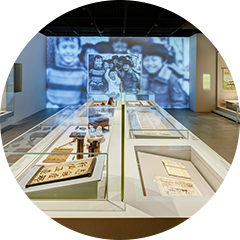 In the Joseon Dynasty, there was an effort to establish a higher morality in their culture through Confusian ethical education based on samganggoryun, three fundamental principles and the five moral disciplines in human relations. In order to reinforce this ideology, awards were given to the filial sons and dutiful daughters from the government. An illustration book titled “Samgang haengsildo (Illustrated Conduct of the Tree Bonds, 1434)” showing the three fundamental principles of human relations was translated and distributed widely for people to learn and follow. Men started learning reading and writing at village schools (seodang), and then they attended local public schools (hyanggyo) or private academies (seowon) to study Confucian scriptures and history to prepare for and to pass the state exams. On the other hand, women learned hanguel (Korean alphabet) at home, so they would expand their knowledge by exchanging letters or reading books translated into Korean.
Today, unlike the Joseon Dynasty, knowledge is learned through kindergartens, elementary, middle, and high schools, and is available to everyone, regardless of social class or gender. After graduating high school, or an equivalent institution, students take various aptitude tests and evaluations to either enter a university or the workforce. 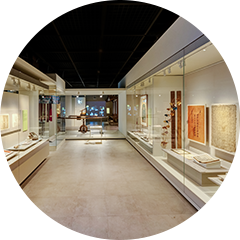 The Joseon Dynasty followed a strict hierarchy system. Despite this, it was possible for someone to climb up through the social hierarchy by passing the highest-level state examination for ranking officials. In a Confucian society, education was highly regarded, therefore, civil servants were given priority over military officers. Also, positions and occupations that one could achieve varied due to status and gender.
In 1894, the Gabo Reform abolished the class system, causing occupation restrictions to disappear. While occupations such as an auction house dealer (gaqwae), a realtor (saqwae), cosmetic dealer (maebungu), etc. have continued from the Joseon Dynasty, there have been occupations which disappeared. Today, individuals can participate in society without gender discrimination. Many specialized occupations are obtainable depending on conditions and abilities. 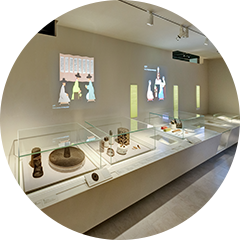 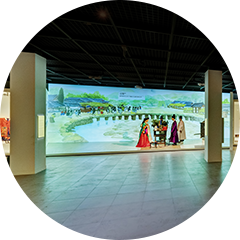 During the late Joseon Dynasty, wedding ceremonies which used to be influenced by “Jujagarye (Family Rites by Zhu Xi)”, a book outlining the formal etiquette, and traditional practices were compromised. The groom held the wedding ceremony at the bride's house. Then, on the same day or three days later, the groom would return to his home to deliver the greetings to the ancestral spirits at the family shrine, and offering pyebaek (bride’s formal greetings to her parents-in-law by making a deep bow and offering gifts). It was a filial duty for the son to form a family and inherit the family lineage from his father. In which the roles and obligations of men and women were assigned respectively in order to have peace in the family.Today, wedding ceremonies have changed including venues and garments. Also, new wedding customs like a honeymoon have emerged. However, the basic structure and the meaning of having a wedding has not changed much. The roles and forms of the family are indistinguishable and diversifying, for example, changing from a large family with relatives to a nuclear family. In addition, as the number of international marriages are increasing, long-standing traditions are also evolving. 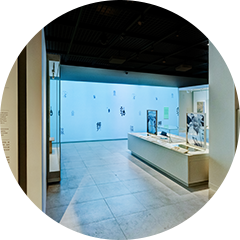 During the Joseon Dynasty, when an adult turns 60 years old, a ceremonial feast for longevity called suyeonrye was held, and usually refered to as hoegap. Due to medical technology not being as advanced as today, being over 60 years old was regarded as achieving longevity. Thus, descendants would invite relatives and friends for a birthday celebration, expressing filial piety.
Today, it has become common to go on a commemorative trip when turning 60, instead delaying their longevity banquet until their 70th or 80th birthday. As the concept of longevity changes, the rituals of praying for and celebrating longevity are also changing. 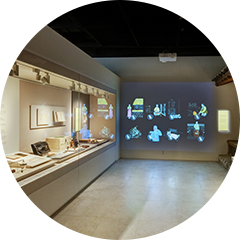 As people age, they become more susceptible to diseases. In the late Joseon Dynasty, when people fell ill or became weak, they were treated at traditional medicine clinics. At these clinics, doctors largely referred to Chinese medical books. However, with the release of “Donguibogam (Principals and Practice of Eastern Medicine)” written by Heo Jun (1539-1615), patients were treated with acupuncture and moxibustion in accordance with their symptoms from a disease and provided with medicine to treat their disease. Other people believed supernatural powers, such as shaminic rituals and amulets, would prevent illness or give them comfort.
Currently, Western medical technology and medicine along with Oriental medicine are increasing the lifespan of humans due to new advancements in science and technology. 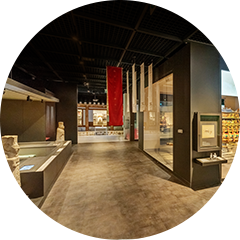 Sangrye, a funeral rite, is a burial ritual of the deceased, performed by changing their garments to a shroud and burying them in the ground. According to the Confucion ethics of “filial piety” during the Joseon Dynasty, a three-year mourning period was regarded as the child's duty. The parent who had passed away, was placed in an extravagantly decorated bier, and was buried with myeonggi (burial objects) for the afterlife. The children would then resign from their farming duties or government positions, taking care of their deceased parent as though they are still alive by building a small hut next to the grave over a period of three years. The culture and ceremonial procedures have changed significantly in modern day. 󰡔Family Ritual Standards󰡕 and funeral directors are common and burials and cremation ceremonies became simpler, the meaning of funeral rites for the deceased has carried on from the past. 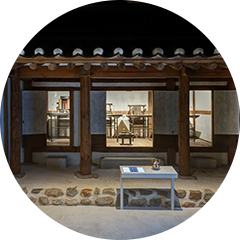 Jesa is holding an ancestral rite for the deceased ancestors. During the Joseon Dynasty, serving ancestors as though they were still alive was considered to be the foremost filial duty. In accordance with Confucian ancestral beliefs, family shrines or tabernacles were constructed in the home. Four generations of ancestors had a place in the shrine, from great-great-grandparents to parents. The ancestral rites would be performed by the living descendants and held annually on the death day of each ancestor along with holidays, for example, Lunar New Year (seol) and Harvest Festival (chuseok).
Nowadays, as people migrate away from Confucianism to other religions and ideologies, the custom of performing ancestral rites and having strong filial bonds with ancestors is changing. However, even though people's ideologies are changing, the way they honor their ancestors and seek the well-being of their descendants is not very different from the past.